Brief:
To fast-track the younger players and to work with the team collectively, getting them back into competition.

Result:
St Kilda became competitive again moving up on the ladder from 18th to equal 8th. 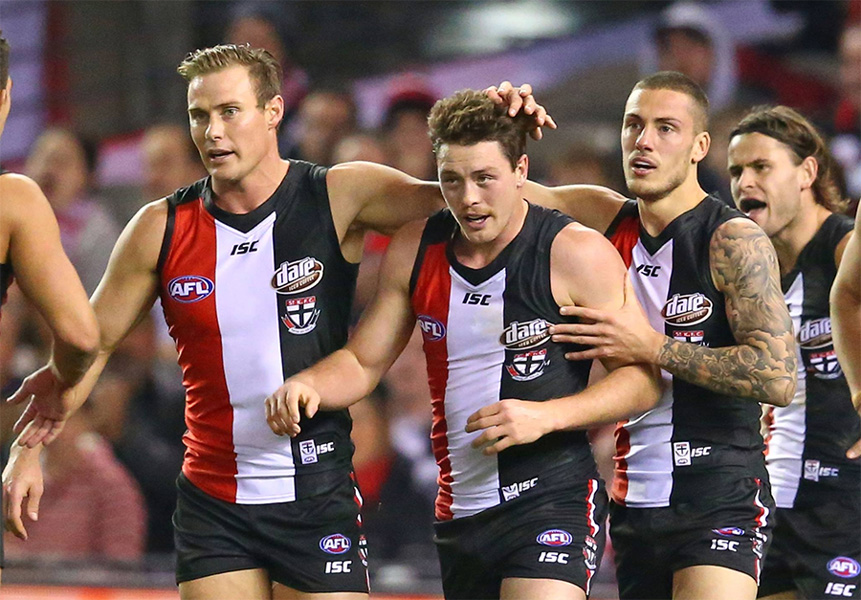 In 2014, St Kilda battled through a season characterised by significant losses. They lost 13 games in a row and fell to the bottom of the ladder. It was quite a fall as they had been in the grand final in both 2009 and 2010.

Alan Richardson, head coach of the Saints, recognised that while he had a young, somewhat inexperienced team, part of their poor performance was mind related. When the opposing team lifted momentum in the game, St Ki Ida would collapse. They would lose focus as past defeats, and external noise came flooding in. They needed to learn to quieten their minds and believe in themselves again.

Alan knew that to get his guys back in the competition they had to strengthen the game within. He saw the opportunity to fast-track the younger players through transformative mind training which would potentially offset the limited number of on-field hours they had.

"Once they understood the different states of their energy, they were able to use the tools we had taught them to lift or lower themselves, collectively or individually"

With the team fully embracing the training and our approach, we introduced the tools and techniques to a combined room of AFL and VFL players and coaches. Once we'd worked through the principles and practice, we partnered with the club over the course of the 2015 and 2016 seasons, coaching the players as they grew and navigated the game.

A critical part of this was changing the narratives told within the club and community. They needed to stop listening to and taking on the external commentary. With expectancy very low for a place on the ladder, we had to build a new group narrative that they truly believed in. One that lifted expectation and helped the players grow and build on the assets that their team represented - young and dynamic players open to new techniques and approaches. We had to quieten the players' minds to reduce the overthinking and over-analysis, helping them shift from left brain to right brain, and switch off the distracting inner critic.

Some of the younger players also benefited greatly from reflecting on their optimal performance energy. Once they understood the different states of their energy, they were able to use the tools we had taught them to lift or lower themselves, collectively or individually.

The team valued the 'mental rehearsal' alleviating pre-game anxiety and key mind tools such as 'be present', 'relish the chaos', and 'recentre fast' provided techniques to integrate body and mind for optimum performance.

Finally, we facilitated conversations that allowed the younger players to learn from the elders, helping them accelerate their understanding that some things 'are just part of the game'.

Their progress was astounding. The AFL commentators now talked about how well St Kilda's young players were performing in first grade and that they were getting far more from their less experienced players than in other clubs. It was a new narrative that the team was proud of, giving them renewed energy and unified focus. They were back in the game.

Improvement in ability to focus

Switch off the distracting inner critic.

"Once they understood the different states of their energy, they were able to use the tools we had taught them to lift or lower themselves, collectively or individually"