Game in the brain 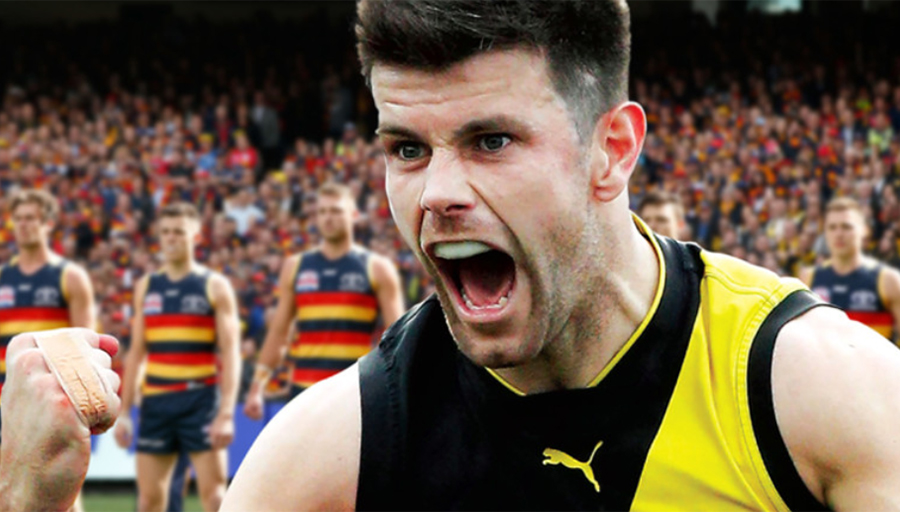 Game in the brain

Article published in SEN Inside Football's December Issue, 2017
It might be coincidence that the two clubs to get serious about improving their players’ minds in 2017 — Richmond and Adelaide — contested the AFL Grand Final.

But having noted the leaps both clubs took this year, there’s no prospect the rest of the competition will be taking that chance.

Given the interest the “mind training” programs of both clubs have generated in the aftermath, every rival will be scrambling to catch up. They have work to do.

Richmond and Adelaide invested substantially in building mind training exercises into their players’ weekly routines, and — in Richmond’s case — working from the top down in the football department to transform a psychologically unhealthy culture within and help players cope with the toxic commentary without.

Its success — with a largely no-name group of footballers — was stunning and produced the greatest prize in football, an unimaginable outcome just 12 months ago.

Of all the branches of the broad church of human psychological science, sports psychology has arguably been the toy department, and AFL clubs largely treated it that way. But that is changing, and fast.

Richmond and Adelaide realised not only that mental fitness was a missing link in high performance — and that it was possible to train for — but more, that it’s both necessary and healthy.

Attention to this area is long overdue, says Amon Woulfe, one half of the two-man team of “mind performance” trainers employed by the Crows for the first time this year.